We’re back with part 11 of our Social Media Trends 2014 series and this one is all about the rapidly changing nature of Google search.

While the recent changes to Google have been well documented, all signs point toward even more in 2014.

With this in mind, we’re going to take a look back at the changes Google has made in 2013 and make some predictions for what we might see in 2014.

Most importantly, want to provide some insights around the continuing impact of Google’s changes from a search engine to a recommendations engine.

Trend 11: SEO isn’t dead, it has just been redefined thanks to a refocused Google

Search engine optimization has traditionally been one of the world’s most relied upon digital marketing tactics.

One of the main reasons why is because the majority of desktop web sessions begin with a specific need in mind.

Sure, social media has become another default port of call, but Google still rules the roost for most.

Let me bring this to life on a basic level based on my own internet behaviour.

Of my last 2,000 web sessions (anytime I’ve opened my web browser) this is the breakdown of my site visits:

70% of my desktop internet sessions have started with a Google search.

While this may not be the most robust sample ever, a study conducted earlier this year by PEW found that 77% on online health seekers start at search engines.

So there is evidence to suggest that we’re as reliant on Google search as we’ve ever been. 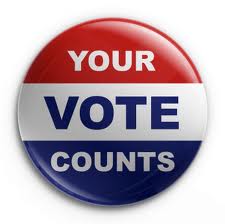 But, the information we’ve been provided with has traditionally been ranked by the results that Google’s algorithm ‘liked’ the most.

For the most part, we’ve trusted these results because Google has consistently helped us discover the information we’ve needed in an incredibly efficient manner.

The advent of social media has changed things…a lot.

We now operate in an online world where we our content consumption is heavily influenced by the recommendations our networks make.

Google, known for adjusting their product to suit consumer trends, has recognised that in order to maintain trust, they need to integrate human recommendations into their search product.

So, for Google, it has been a very busy 12 months.

Recapping the changes Google has made in 2013

This terrific article from Eric Enge over on Search Engine Watch captures the six major Google changes that reveal the likely future of search engine optimization.

Put simply, Google is doing all it can to humanise search results.

People trust people more than they’ll ever trust an algorithm.

People-powered results are also more difficult to manipulate from an SEO perspective.

This is why people are regularly say that ‘SEO is dead’.

It isn’t dead, there is just a renewed amount of importance on creating quality content designed for humans, not algorithms.

The other factor, which people often forget, is that Google’s reason for being is to make money.

It makes a huge slice of it’s money from the AdWords product which delivers sponsored results alongside the organic ones.

It is telling people that poor quality content, over-packed with keywords, will not be rewarded like it has been in the past.

This is why content marketing has become such a buzz phrase of late.

Also expect Google+ to be even more widely integrated in Google search and other Google products next year.

And, expect an increase in the use of AdWords in 2014 as using ‘black hat’ search engine optimization techniques deliver even less of an impact than we saw this year.

Look out for part 12 in our Social Media Trends 2014 series in the next few days.

‘Your vote counts’ image via apcmag.com